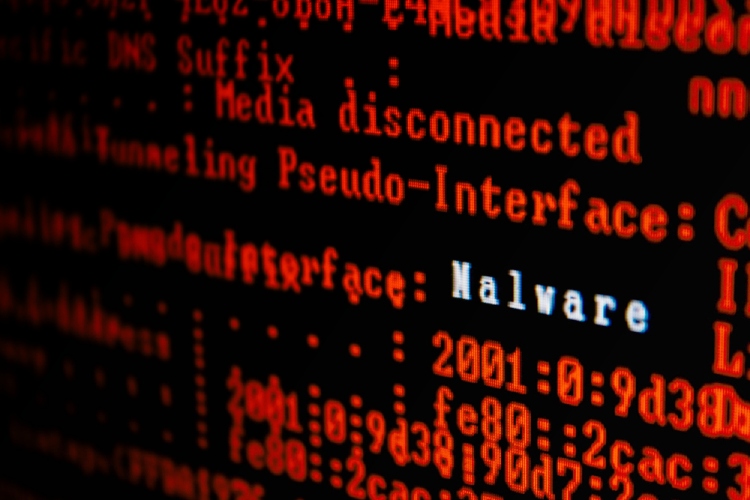 We use the term malware to describe a large number of online threats. It’s a contraction of “malicious software” – any piece of code that was written by cybercriminals with ill intent. That’s the definition of malware for you. Hackers use it to steal personal data (like bank account numbers), interrupt processes, damage hardware, and more.

Sometimes, it is used as a weapon in wars between corporations and even world governments. But mostly, hackers create malware to make money (either by stealing user credentials or selling it on the Dark Web). There are many different types of malware, including spyware, ransomware, Trojans, and viruses.

Interesting fact: malware isn’t always causing, let’s say, direct damage to the user. For example, some companies/software developers install rootkits into user devices and gather information on their habits. During the CD era, Sony was caught in the act of doing exactly this.

These days, numerous websites do the same in an attempt to learn what movies, music, or video games you like. It’s also worth mentioning that in some cases, this type of “harmless malware” is known to create security vulnerabilities. That, in turn, can lead to a real malware attack once the criminals discover these security holes.

What is the Purpose of Malware?

Now that we know the basics of malware programs, it’s time to take a quick look at its most common types. And, we’ll also answer the most critical question – how does malware work?

How Do You Get Malware on Your Computer?

Malware exploits vulnerabilities in the OS/software code to infect a user’s computer. These vulnerabilities are like “secret backdoors” that hackers use for access to infect PC and other devices. Numerous malicious websites make it easier for cybercriminals to carry out successful attacks. Even if you’re not dealing with a malicious website, chances are, the criminals have compromised it.

The best way to battle this is to keep up with the latest security updates. It is true not only for the Windows OS but also for all the other leading platforms (both desktop and mobile). These days, it’s very important to have auto-updates enabled. That’s because new threats emerge every single day.

Hackers use all kinds of tricks to make a user believe he/she is dealing with a legit file. They mask malware, make it look like harmless software, and when you download it, your device gets infected. We’re talking about email attachments – .exe, .doc, .pdf, and other extensions. The most common types of attachments are receipts, invoices, and taxes.

The second you click on a malicious file, it automatically launches installation that can’t be interrupted. Make sure to check the email address before you open any attachments. Plus, keep your eye on bad spelling: sometimes, the hackers write emails with mistakes. More advanced criminals make it look like it is mail from someone you know or a famous company.

It’s not rare for malware to hack dozens of legit accounts and send out a malicious email to all of their contacts. To learn more about this, visit https://support.microsoft.com. Summing up:

External hard drives, SSDs, and USB flash drives can also infect your computer. Many types of worms use external drives to migrate from one device to another. The second you connect, say, a flash drive, the malware will automatically install itself on the PC. In some cases, they can even “jump” from one device in a connected network to another.

The most effective remedy against this is disabling the Autorun function (in the Windows OS, for example). That will prevent any .exe files from automatically starting installation. Running a full scan of removable drives will also make sure there are no hidden dangers inside of those drives.

Certain types of malicious programs are installed simultaneously with other (legit) programs that you get from the web. Most commonly, this happens with software downloaded from third-party sites. Files downloaded/shared through the P2P (peer-to-peer) protocol are also a potential threat. You’ve probably had to deal with extras such as toolbars or browser extensions.

They automatically install themselves and are sometimes tricky to uninstall. A quick fact: keygens (software that generates keys) often come bundled with different types of malware. Avoid this by only downloading software from known websites and never go through with installation unless you’re happy with what you’re installing.

Compared to Windows-run personal computers, Mac systems are significantly more secure. The biggest reason – macOS is not nearly as popular as Windows, and that is precisely why malware is mostly written for the Microsoft OS. However, according to Macworld, that doesn’t mean that Mac users are 100% protected from any outside threats.

Malware infection is a strong possibility with Macs. For a very long time, macOS had been considered to be the most protected OS. Sadly, in the last couple of years, the situation has changed. Here are some numbers for you: in 2017, Mac malware grew by 270%. Last year, the increase of Mac-exclusive malware was equally impressive.

Furthermore, in early 2019, Mac malware was twice included in the list of the most frequent attacks. These days, this platform is more popular than ever, and that’s exactly why it’s being targeted more often. On top of that, there are new threats that target all the popular platforms (including Android and iOS).

We’re talking about adware, spyware, ransomware, phishing attacks, hijacking malware, and keyloggers. Cryptocurrency is a prime target as well, especially on the macOS. With that said, Macs are still highly secure, mainly because the OS is based on Unix (which comes with many built-in security measures).

And, the Apple team has developed a large number of security features and tools that further improve this system’s defenses. It’s a challenge to penetrate Macs, thanks to the Gatekeeper. It instantly blocks any piece of software that isn’t approved by the company’s specialists.

What is the best anti-malware for Mac?

How to Prevent Malware

As we’ve learned today, modern-day devices are under a constant threat. Although technology is evolving at a rapid pace, malware is still a force to be reckoned with. Sensitive data and credentials – that’s what the hackers are after, and unless you’re properly protected, your device will get infected sooner or later.

To protect logins, passwords, and personal data, you’ll need a leading antivirus solution. We’ve gathered a list of the most capable offers on the market and are happy to share it with our readers. For improving security and keeping the attackers at bay, these products are the best.

That’s it for our list of the best antivirus solutions for modern-day users. You can go with any of the six programs we mentioned above – they’re all worth every single penny you pay for them.

What is the Best Antivirus App For Android?